A lot, and I mean a lot, of ex-pats that I’ve talked to and heard from on the internet have complained that upon moving to Singapore that weird things start happening with their skin and hair. Many theories have been posed: is it the water? The humidity? Are we too heaty or too cooling in our food and lifestyle choices? Is it stress? Or is it just a jarring change in our surroundings? For me, I did not start to have serious issues until after living here for 2 years.

Before I moved to Singapore, I had some mild skin issues – psoriasis on the scalp, exacerbated by the use of hair products, certain extreme weather, stress and poor sleep. But I did not have any issues with eczema. Over the past year, I have developed cracking and peeling on my hands so bad that they bleed and I literally cannot pick things up because it is so painful. Now, I do not know what has caused this issue for me, and I don’t know how related it is to having lived in Singapore and bathed in it’s water (which is, actually, some of the cleanest water in the world!). But I do know that washing my hands makes it much worse, and travelling on planes makes it much worse, and going to very very cold places makes it worse, touching water in any way makes it worse, and not sleeping well also seems to aggravate the issue.

I have tried so many cremes and potions and been tested for allergies, thyroid issues, and have done extreme restriction of certain types of food to see if it makes any difference. I’ve been to at least 4 doctors about it and have been given everything from steroids to anti-inflammatory drugs to antihistamines to special compounds that smell like a combination of durian, trash can, and an oil spill. My point here is that, I’ve tried a lot of things that have kind of worked or have worked for awhile and then stopped working. So, I’m going to do a series on how I’m dealing with my eczema in Singapore, and in the series, I’m going to review different products and routines that I’ve tried to help combat the problem.

Some pictures from December 2016 of my totally falling apart skin: 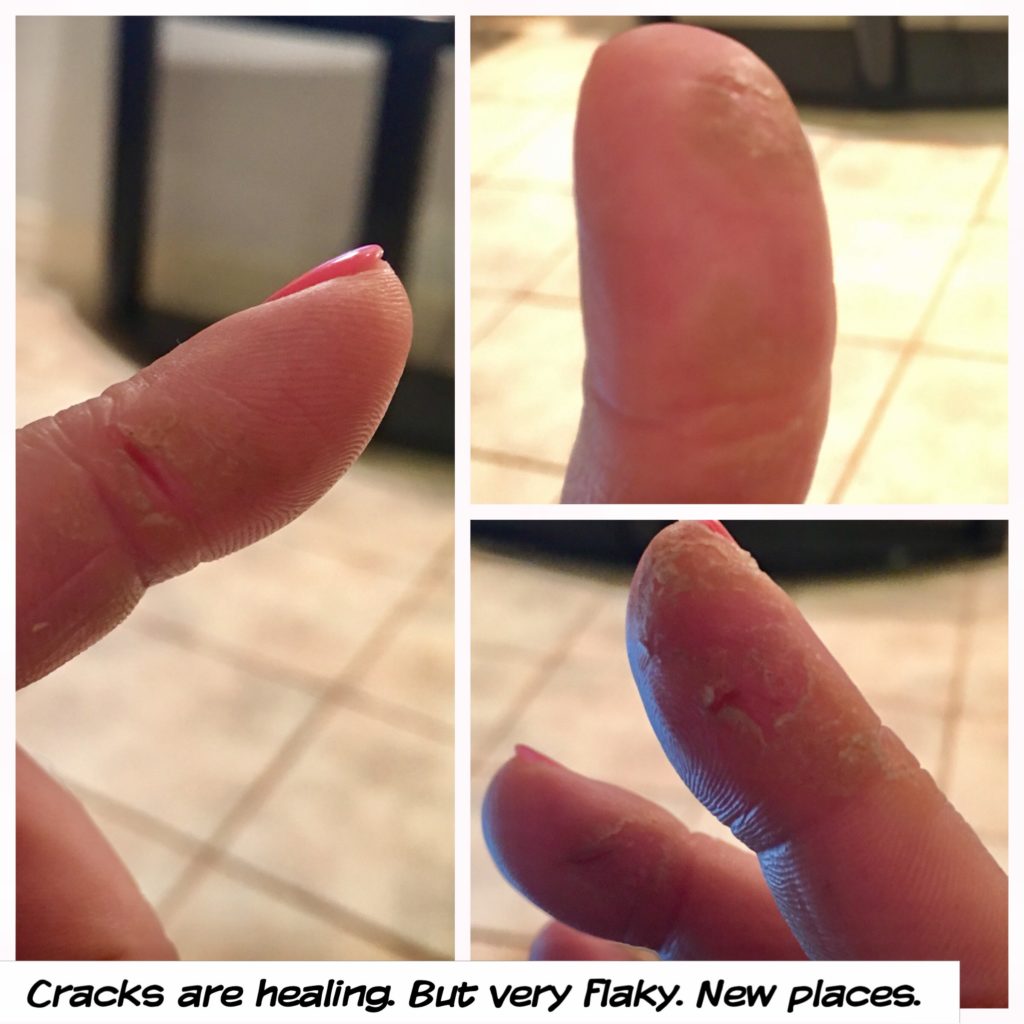 Some cracks are healing, but there are new places forming 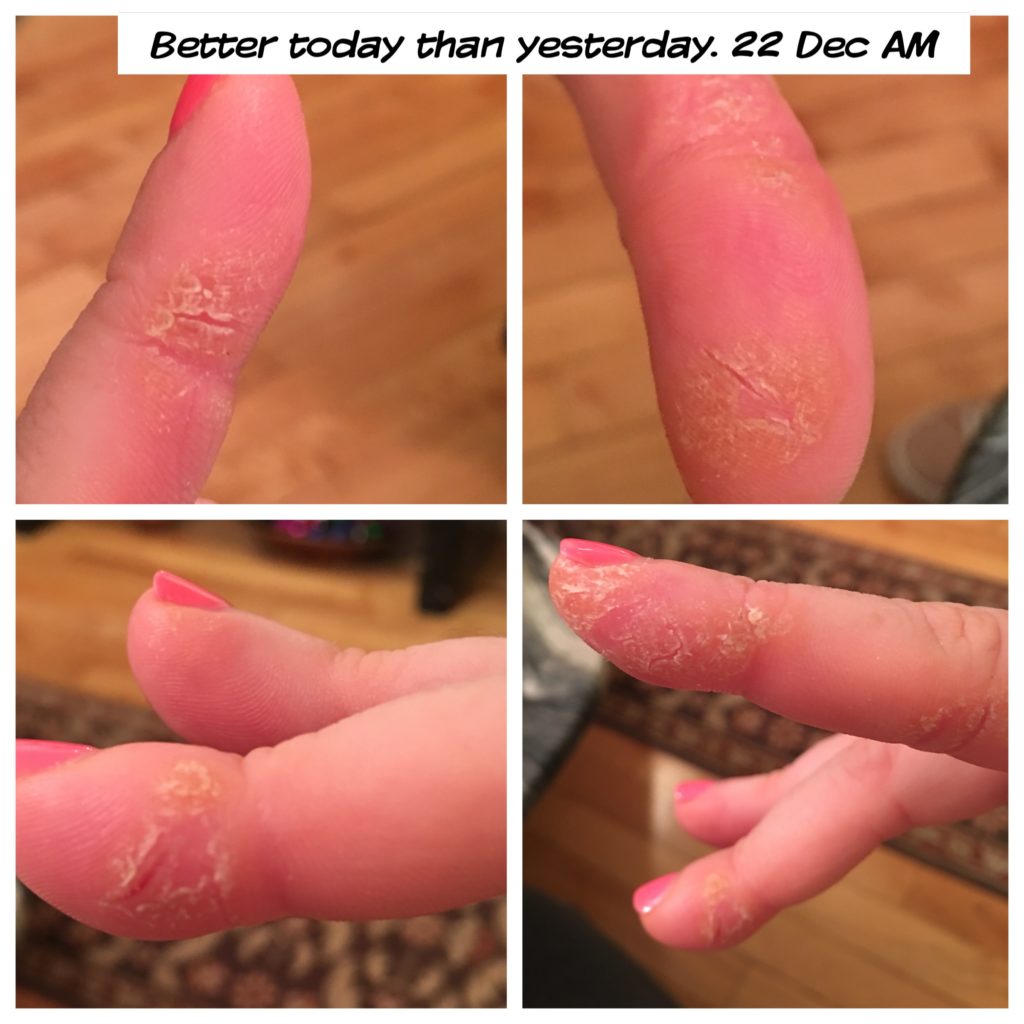 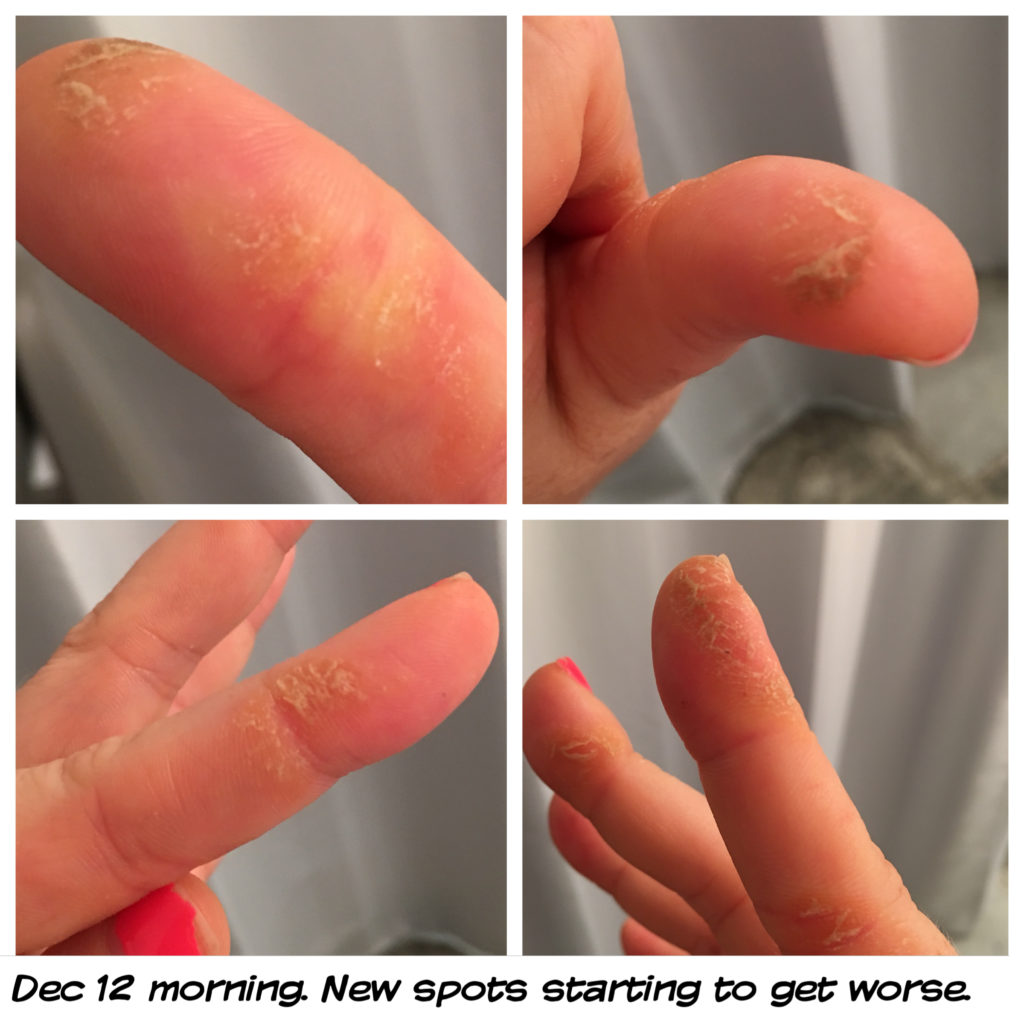